Phlyctenactis tuberculosa is a common yet unique anemone that goes by many names The most common being the wandering anemone or swimming anemone. They are also known as brain anemones, beach ball anemones, baked beans anemones, or Thenaria. Native to waters off of Australia and New Zealand, often growing to a size of 15 cm, making this New Zealand's largest anemone species.

Phlyctenactis tuberculosa is primarily nocturnal, being found attached to rocks or kelp during the day. To protect themselves, they are covered in vesicles which are filled with nematocysts (stinging cells). The arrangement of these vesicles give the wandering anemone a distinct appearance that is hard to miss.
Not only do these vesicles give this anemone a distinct beauty, they also come in a wide range of colors. 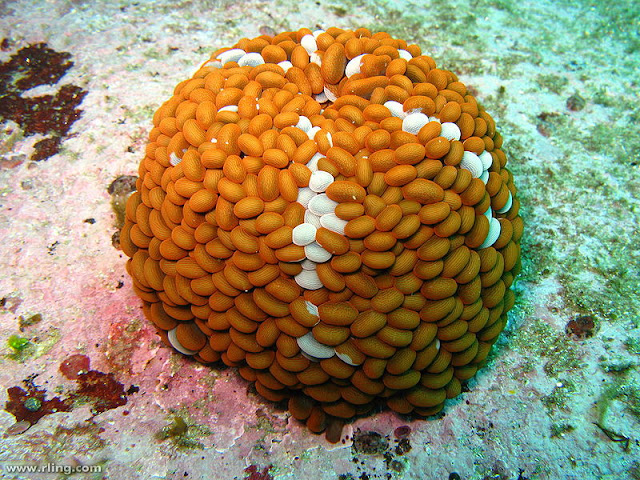 They get their namesake by the fact that they are able to detach and use their tentacles to crawl from location to location. They are often seen at night moving to a more favorable feeding area and have fascinated divers for years. It is not hard to see why as the chance to see a normally sedentary creature deciding that it needs new scenery is quite the novel experience. They are also able to move about in a less active fashion by simply releasing from their hold and letting the current or tidal surge move them along.

They feed primarily at night where they prey upon drifting particles, small invertebrates and even the occasional small fish. 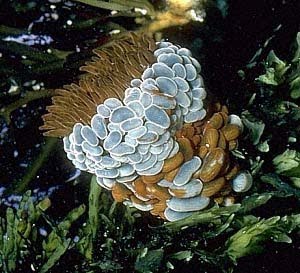 Email ThisBlogThis!Share to TwitterShare to FacebookShare to Pinterest
Posted by Cyc at 2:46 AM